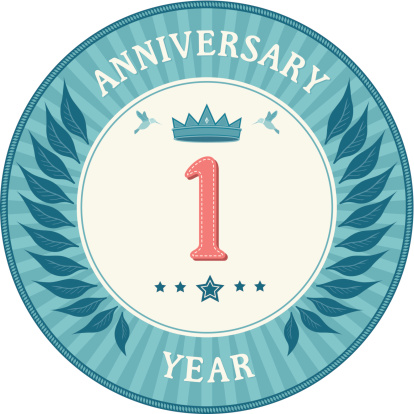 This site turned one year old last Saturday on November 12 and my first post was how I looked back on the moment the radio station NU107 signed off for good. The second post I made was about how Filipinos prayed for Paris when they couldn’t pray for the tragedies of their own country.

In the course of time after those two posts, I wrote freely and I’m still in the process of learning to write in a journalistic manner.

The first quarter of this year was a period of time that I was truly active because most of my subjects back then were still general subjects. My inactivity was primarily caused by the majors that I managed to pass last semester and they truly helped a lot.

When I’m not writing for this WordPress site, I’m attending to my classes. Trying my best to ace quizzes, and get a grade above 80 whether it’s the midterm period or the pre-final period.

The moments where I really had the urge to write was during the campaign trail for the Philippine elections, my personal urges, and light bulb moments that I really need to write about.

The recent semester in my school helped me become a better writer, by writing with a whole lot of sense and simplicity. Because one professor taught me that less highfaluting words is much better than a huge word count trying hard to be philosophical. Though the word count helped me contain and enclosed thoughts to a few sentences only then make it a simple.

I find it unbelievable that my article about president Duterte, when he was still a candidate for president is still readable months after he has sworn his oath of office. I wrote that during the campaign trail of presidential candidates for the Philippine election. It was my projection of how he can win the recent Philippine Election. My article on Bongbong Marcos losing the vice presidential race is one article where I was really realistic because the details are already there.

When I’m not writing about social issues is when I try to write something existential and philosophical.

I’ve written an article on how libido kicks in, that became one of my most read posts before that projection on president Duterte. The sequel of that article didn’t help me so much because it made me realize why some movies didn’t need a sequel and I didn’t give so much justice to the artwork, and I pressured myself in writing that sequel.

The Facebook page of Scrawny Man from Manila was not really my idea, as I have stated in the details of that page. If it wasn’t for my friend Gentle, I wouldn’t push through with making that Facebook page of this WordPress site.

I was scared at first in putting up that Facebook page because of the fear that I could not get a thousand followers. I conquered that fear when I realize that I have to establish myself socially to achieve such number.

There was a moment that I wanted to give up the WordPress account as well as the Facebook page. The moment that stopped me from pulling the plug was when I realize that I have to put those lectures in journalism into practice.

Another reason was when I felt dumped because I didn’t check the label just like what Sarah Labahti said in the commercial for the milk of her child and the memes that followed. Thank you for the artwork anyway and the months that you provided inspiration.

There are moments that I can’t help but think that my WordPress site is perceived as a propaganda site. The only thing that keeps me away from thinking about that was the comment section, in which I thought people would troll and say something awful, but luckily it didn’t.

When I didn’t feel like writing for the site, I simplify those compositions and drafts to a Facebook status because I haven’t grasped the skill to think calm towards the issue and write about it in a calm manner. Just like how I ranted towards the Supreme Court’s decision on laying Ferdinand Marcos to rest at the Libingan ng mga Bayani.

It’s just sad. Then Donald Trump’s win over Hillary Clinton followed because of the votes that he gathered in the Electoral College over the United States in their election.

If you would tell me ‘why do I care so much about the US election’? It’s because our diplomatic relationship with the US is at stake yet again despite president Duterte’s anti-US statements for the Philippines to become less dependent to the US in all aspects.

It’s not always social issues that I want to address for both WordPress and Facebook. Because I also want to address some issues in especially from my previous major and former course to their program chair (IF YOU ARE STILL HOLDING THAT POSITION); I just want to tell you that you have deprived enough of my friends and me to succeed in the program.

If you dare to greet me one of these days, I’m raising hell this time around. And I don’t care if you will shield yourself from your superiors because you are a beautiful monster who knows how to hide your fiery thorns and wings. You only got yourself lucky last summer with the presence of your superior SO DON’T YOU DARE because if you do, I’m more than willing to flip my middle fingers before you.

That being said, I’m just happy I could write for this site and free from her chains, also from her BEDLAM LECTURES.