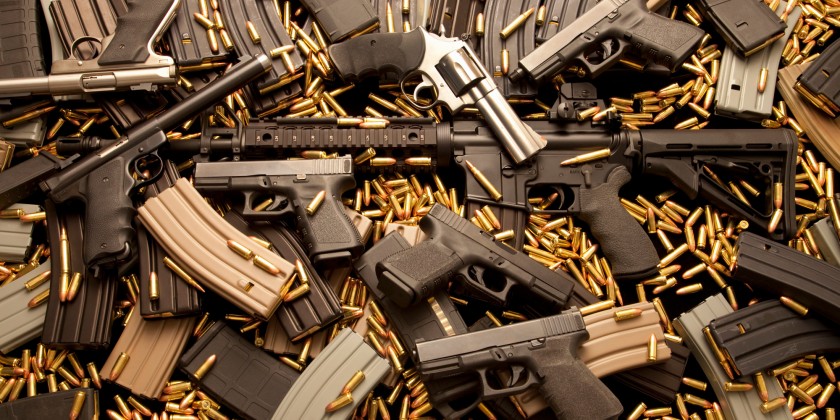 It was a shooting spree in the United States days ago. And for a guy like me who lives half-way around the world with access to the internet and cable, it’s disturbing for a Filipino like me, to see the news or hear headlines that shooting incidents like the Orlando shooting at the Pulse nightclub and Christina Grimmie getting shot before that. Not to mention the other countless shootings that occurred in the last fifteen years seems to be more of a routine than a crime prevented. Even President Obama’s press releases have become a routine for him as well. The same goes for his predecessors.

It does not matter what drove the killers to shoot those innocent lives. Because whenever this shows up when I switch our TV to CNN, Fox, BBC and many other news outlets; I can’t understand why such incident have to take place.

In the Philippines, there are a few mass shootings that truly made our people mad the same way the world is right now towards hate crimes and shootings.

There was the Hacienda Luisita in 2004 in which farmers demanding for the rightful land that they’ve earned after years of planting and harvesting sugar. The massacre claimed the lives of those farmers. No thanks to the outgoing president Benigno S. Aquino’s family who are too greedy to give up a piece of their land to those rightful owners.

Years later the Maguindanao massacre on November 23, 2009. That placed the Philippines as one of the danger zones or hot spots for journalists around the world. The massacre was politically motivated that claimed the life of Esmael “Toto” Mangudadatu’s wife and many others in that convoy.

Then there was the Kidapawan Massacre that killed people who only wanted their god-given rice. But instead of that, they were hurled with bullets.

When these situations happen, I really can’t understand the United States on why guns are so accessible to some states.

I asked my uncle living in the States, particularly in Texas. He said that owning a gun in Texas is a must and they are living up to the saying that “Don’t mess with Texas”.

I just thought that my uncle, being a veteran and mechanic for the US Army he has the privilege to own a gun but the state of requires him to do so. Not only because he is a veteran.

The problem that I see in the laws of the United States towards gun ownership and gun control is that they do not perform a background check towards some people who wants to avail any gun before giving them their desired firearm and making profit for their store.

It is not only in the real world that this problem occurs.

The idea may seem to be far-fetched but in video games like Grand Theft Auto, guns are truly accessible not just affordable if you activated a cheat code. The violence is closer at home and easily adapted when the adrenaline of playing a video gets the better of us.

If such incident happened in the Philippines, I really don’t know what to do with myself if someone fires a sub-machine like an M4 carbine anywhere possible. Because if someone does; the only thing I know is to hide in the men’s room if it happens in a shopping mall, but knowing how malls have been tight with their security since the attack of the “Martilyo Gang” who stormed a jewelry shop by smashing their glassware and taking the jewelry. The same goes for that group who stormed Greenbelt in Makati years ago, carrying military grade weaponry to rob that jewelry watch store. But some malls have a gun shop located in underground floors. I don’t know how I’m going to protect myself if I’m far away from the men’s room with someone firing at will.

Mass shootings in the United States also took place in some schools across the US. But for the Philippines; schools like the one I’m attending, don’t fall in that category. Simply because we are not that “conyo” like those people studying in Taft Avenue, Katipunan Avenue or even that school in Dasma Village. And for the people studying in our institution; to drive a pimped ride and carry a gun at the same time is really dangerous. As for that conyo school in Makati, it school surely made the headlines years ago when some person brought a gun inside the school and tried to aim it towards someone.

More important is the people in our institution who always project themselves like those people would rather show off their automobiles than risk their lives wielding and concealing firearms, now that our incoming president is more than willing to bring someone to jail for any crime committed.

As for hate crimes like the one that occurred in Orlando at the Pulse Nightclub, I just hoped it won’t happen in the Philippines.

Hate crimes like the one that is just unimaginable and it’s definitely a nightmare, if it does take place here.

There’s really not enough words and thought to ponder on why did those shootings happened. . .