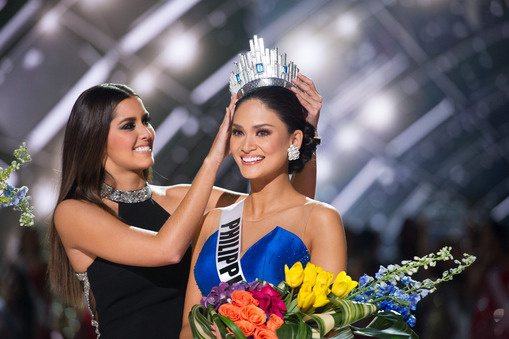 I don’t really post or comment something about beauty pageants like Miss Universe or any other pageants out there but this is something I will try make this short, simple, and precise. This won’t tackle Steve Harvey’s manning up and taking full responsibility of that mistake or Miss Colombia’s very, very short reign and walk. But again Steve Harvey, you had us at accepting that first runner-up and Miss Colombia sorry for that very short walk and wearing that crown in a short while.

I didn’t expect so much from Miss Philippines for this year’s Miss Universe because in the years Shamcey Supsup (2011) and Janine Tugonon (2012) were in the Miss Universe, I kind of jinxed their pageants when they reached the world stage. So for Pia I didn’t really get my hopes up for her before the pageant commenced. When she was still in Binibining Pilipinas, I honestly doubted her for being a repeater of the pageant. So if Pia Wurtzbach knows me in some way, she would definitely give me this fierce look below until she walks away. 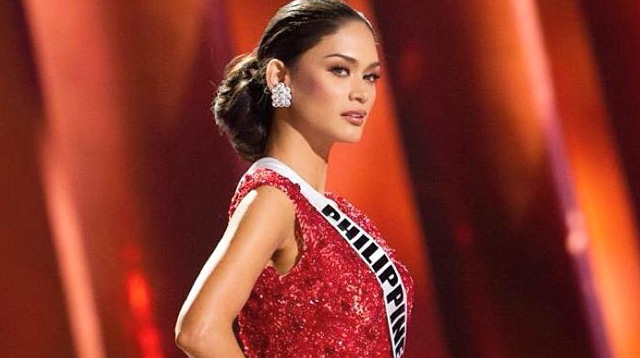 I was not yet born the last time Philippines won Miss Universe with Margarita “Margie” Moran in 1973. I was still in diapers when Charlene Gonzales gave that “high tide or low tide answer” for her question and answer portion. When my late grandmother was still around we would always watch the pageant with her  and the whole it’s really something to watch for and  Lola also wants to get ideas for styling up her customers when we still have our parlor.

I don’t remember what hairstyle Lola tried to replicate to her customers from her years in that parlor and watching pageants and even buying those entertainment magazines but I know she did her best with that hair and makeup those years. Of course her employees would stop working just to watch it on their TV making it the most beautiful day in the universe.

Pia has not been Miss Universe for a week and with her reign since Monday (Manila Time) so much has come out of the internet and recently, some guy who claims to be her ex boyfriend is the most bizarre post I’ve seen so far. It doesn’t matter if that’s true or not because the point is, too bad for you bro if you really did hook up with her. Other than that post are the memes featuring her awkward moment with Miss Colombia. Pia’s startled look and many angles of her coming out with different captions that everyone can relate with almost everything from academics, love life and many others which some are both amusing and disturbing.

Other than her win, I’m just happy that it’s not a Latina year again because for one thing I am tired of Latin Americans winning the pageant all the time whether it’s Colombia, Venezuela, Brazil, Dominican Republic, Argentina or Mexico. Nothing against Latin Americans but it’s really high time not just for us if Pia was not on the top three but also for the other candidates coming from other continents. One thing to be amazed was when Angola was crowned Miss Universe in 2011. I even thought of France winning the pageant out-of-sympathy and that she would get that crown because her country was devastated by that terrorist group who dares to attack Russia but that’s going to be another politically influenced issue and another heartbreak year for the Philippines. More important is that Donald Trump no longer has control of the pageant after those forgettable remarks about Hispanics crossing the border of the United States and Mexico also those remarks about banning Muslims in the US.

As for her answer to that first part of the question and answer portion, I don’t find that wrong and it was just the right answer because let’s face it that we need US presence in the country in these times and we cannot just let China screw around with our natural resources, oceans and disputed islands. We don’t have enough arms to fight off China and why hate the United State for establishing bases in the country. It may be hard to look back on some events that made this love-hate relationship with the United States because at the end of the day, the influence of the Americans on us for me outlasted Spain’s influence in certain aspects from language, culture, government system and sports as such.

Enough of the politics that surrounded her answer and so for all the girls out there, here’s your inspiration not only to try and succeed in pageants but also to live out her values of being beautiful and confident.